LTLF has learned that Nottingham Forest faced financial meltdown on Saturday evening, just hours after their nil-nil draw at Brighton.

The crisis came to a head when it transpired that the coach driver didn’t have enough money to pay the toll at Dartford Tunnel as the team returned home – the latest in a string of financial embarrassments for the club.

Driver Miles Prower told us: ‘As I pulled up at the toll booth I realised I only had about £4.30 in loose change. The toll is a fiver and they are very strict about it.

‘After rummaging around down the back of my seat I found a 20-pence piece, but I was still short. In the end I realised I was going to have to ask if anyone on the coach had the extra 50p, but all the players suddenly claimed that their wages were late coming through again and they didn’t have a penny.’

LTLF believes the coach was standing by the tunnel entrance for a full 15 minutes before Andy Reid coughed up the money. ‘It was a very generous gesture,’ said Mr Prower. ‘It meant Andy couldn’t afford a Ginsters pasty when we stopped at Newport Pagnell. He sulked all the way back to Nottingham.’

After learning of this latest financial short-coming, LTLF consulted with financial firm Scareham & Pounce whose experts told us: ‘The evidence is clear that something is seriously wrong at the City Ground. The Kuwaiti owners are struggling to pay the bills and we wouldn’t be surprised to see the club wound up on this evidence. Or at least they will be left with a larger petrol bill if they have to go the long way round next time it happens.’

The implications of Forest’s financial implosion could be far-reaching. The electronics chain Comet has already been plunged into administration after an unwitting sales assistant agreed to give Forest 12-month finance on a pair of electronic screens for the City Ground. 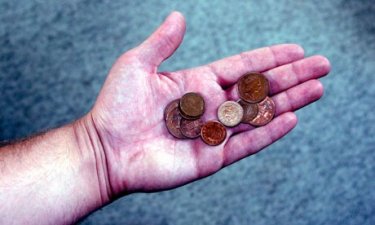 Fawaz Al-Hasawi was quick to release a statement denying any financial wrong-doing: ‘I am fully committed to Nottingham Forest’s long-term future. So what if we couldn’t pay the Dartford Tunnel toll? We shouldn’t have even been going that way round the M25! That’s what I get for leaving my idiot cousin Omar and his iPhone in charge of away trip directions.’

Fawaz has now taken over as club chairman and has promised a more hands-on role in club activities: ‘Never again will our coach driver be short of cash at a toll road. He will always have the fares ready now thanks to my scheme to combine away match travel with cash-in-hand delivery jobs. So, if anyone needs any goods shipping to Watford in time for Christmas, no questions asked, please bring them to the City Ground car park on Saturday morning and slip him a pony.’

Nottingham Forest manager Dougie Freedman has explained the thinking behind his shock line-up change for last night’s visit to Birmingham City. The Reds boss made five changes to the side that beat QPR on Saturday, including dropping two new [...]